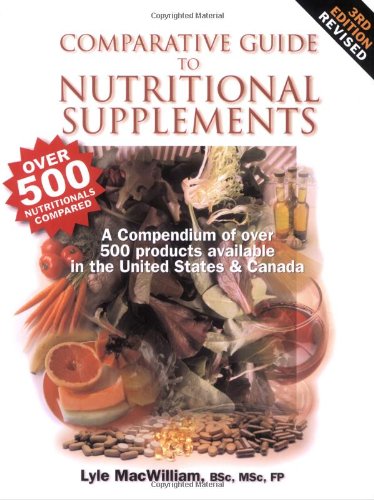 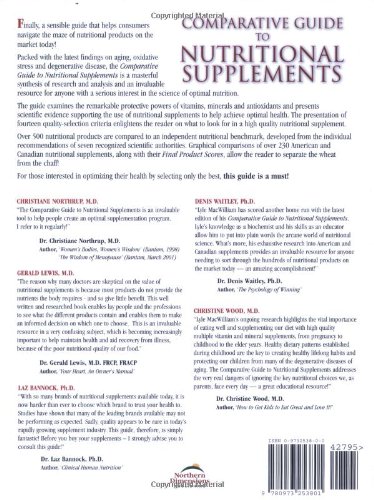 This guide seeks to educate consumers about the science and value of nutritional supplementation, and to provide them with a simple, reliable tool with which to compare nutritional products. Section I: Aging, Oxidative Stress and Degenerative Disease

Section I of this guide discusses the theories of aging and the intricate links between aging, oxidative stress and degenerative disease. The remarkable protective powers of the endogenous and dietary antioxidants and their role in mitigating the aging process are examined. Five degenerative disease processes are highlighted, including recent scientific evidence supporting the use of nutritional supplementation as a preventive measure.

Creation of the Final Product Score, based on these fourteen criteria, has been an evolutionary process. With each edition of this comparative guide, we have built on previous research as newly published scientific findings have become available. The result has been the creation of a robust analytical model, based on the scientific literature and the independent recommendations of our seven cited authorities.

In each of the chapters of Section II, the reader is introduced to one of the fourteen criteria and the scientific evidence supporting its use. For those who find the reading a little technical, we refer you to the highlighted text. For those who wish to explore the science of advanced nutrition, we invite you to “dive in.”

Section III: How the Comparisons were Made

Section III provides further explanation of the Final Product Score and introduces the Blended Standard, a nutritional benchmark we have created based on the independent recommendations of seven scientific authorities. A brief biographical background of each of the seven authorities and their specific recommendations for optimal daily nutritional intake is also provided.

The use of the Blended Standard, as a benchmark for optimal nutrition and the foundation for the Final Product Score, is featured. The Final Product Score is described in detail in Chapter 17. This fourteen-point score is the heart of our comparative analysis; it provides a rigorous quantitative evaluation and relative ranking of all products, based on the Blended Standard benchmark.

Section III also provides a summary of the 25 top-rated products, listed according to Final Product Score. From this list, the top six products are profiled. These are products of exceptional standing and merit your serious attention as a consumer. Included is a brief profile of each company, with contact information, company history and general information. Points of interest on product formulations, including a breakout of the individual product criteria ratings and information on manufacturing processes (if available), is also provided.

In Section IV, selected products from companies throughout the United States and Canada are graphically compared to the Blended Standard benchmark. With each graph, we have provided the Final Product Score for that product, illustrated as both a percentage ranking and a five-star rating. This allows easy comparison of relative product ratings.

In writing this comparative guide, over 1,000 American and Canadian nutritional products were initially examined. Over five hundred qualifying products, representing the best in the line-up of more than 210 companies, were further evaluated, and their respective nutrient contents were compared to the selected nutritional standards. Two hundred and thirty-two (232) finalists, representing the top-rated product(s) from each manufacturer, were then selected and compared graphically. (Some companies have more than one product represented, if they market in

Chat users
No users in the channel
Wise Chat
Anonymous11394 It looks like you've misspelled the word "Tham" on your website. I thought you would like to know

. Silly mistakes can ruin your site's credibility. I've used a tool called SpellScan.com in the past to keep mistakes off of my website.
Anonymous16977 It looks like you've misspelled the word "Tham" on your website. I thought you would like to know

. Silly mistakes can ruin your site's credibility. I've used a tool called SpellScan.com in the past to keep mistakes off of my website.

Moringa is often called the miracle superfood and that’s not without a reason! Consume it as tea, add it to

Turmeric is a Superfood for Students #shorts